The upside of a market downturn

Most people view share market downturns as unequivocally bad events. Suddenly, hard earned savings aren’t worth as much as they were yesterday. It seems as if our money is evaporating, and in the heat of the moment selling up can look like the best course of action.

But on the opposite side of each share sale is a buyer who thinks that they are getting a bargain. Instead of getting 10 shares to the dollar yesterday, they might pick up 12 or 15 to the dollar today. When the market recovers, the bargain hunters can book a tidy profit.

So why do share markets experience downturns, and what are the upsides?
A range of natural and man made events can trigger market selloffs:

In short, anything that is likely to reduce the ability of a broad range of companies to make money is likely to trigger a market sell off.
The common thread that runs through the causes of downturns is uncertainty. In the immediate aftermath of the 9/11 attacks nobody knew what the size of the threat was and markets dropped. As the fear of further attacks receded, markets soon recovered.
However, the initial drop in market value occurred quite rapidly. By the time many investors got out of the market the damage was already done. Paper losses were converted to real losses, and spooked investors were no longer in a position to benefit from the upswing. After the initial sell off it took the ASX200 Accumulation Index just 36 days to completely recover from 9/11.
Other downturns and recoveries take longer. The Global Financial Crisis began in October 2007, and it wasn’t until nearly six years later that the ASX200 Accumulation Index recovered its lost ground. This caused real pain to investors who bought into the market at its pre-crash peak, but for anyone with cash to invest after the fall, this prolonged recovery represented years of bargain hunting opportunities. 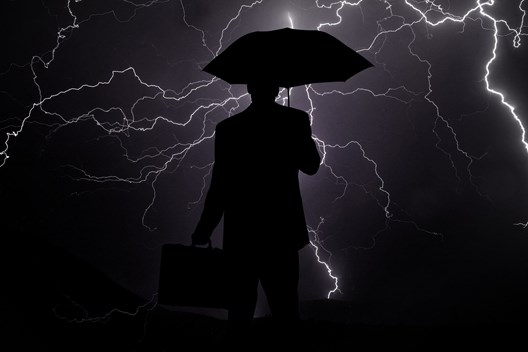 Of course much hinges on whether or not markets recover. While history isn’t always a reliable guide to the future it does reveal that, given time, major share market indices in stable countries usually do recover. It’s also important to remember that shares generally produce both capital returns and dividend income. Reinvesting dividends back into a recovering market can be an effective way of boosting returns.
Seek advice
Of course, it’s only natural for investors to be concerned about market downturns, but it’s crucial not to panic and sell at the worst possible time. The fact is that downturns are a regular feature of share markets. However, they are unpredictable, so it’s a good idea to keep some cash in reserve, to be able to make the most of the opportunities that arise whenever the share market does go on sale.
For advice on how to avoid the pitfalls and reap the benefits offered by market selloffs, talk to our financial advisers.