Is it possible to retire early?

Many Australians caught in the nine-to-five grind of working for a living dream of the possibility of taking early retirement, spending their days travelling or playing golf or doing nothing much at all.

There’s even a name for it these days.

The Financial Independence, Retire Early (FIRE) movement is prompting more and more young Australians to question exactly what it takes to retire early. Yet without winning Tattslotto or suddenly inheriting a fortune from a long, lost relative, how possible is it to structure your finances so you never have to work again?

According to the Australian Bureau of Statistics, the average Australian retirement age is just 55.4 years, which makes it seem that early retirement is somewhat the norm for Australians. However, this number is dragged down by partners who stop work while their spouses support them financially, and people forced into early retirement by redundancy or medical issues.

So, how plausible is it to stop working sooner rather than later?

The answer depends on the type of retirement you dream of, where you are hoping to live, and whether you have children or other dependents you need to support. It’s also more achievable if you can structure your life so you are still earning at least some money, albeit from a hobby or something you love doing and would do anyway.

The Association of Superannuation Funds of Australia (ASFA) suggests a couple requires $62,000 a year ($640,000 in savings), in addition to owning their own home, to live a comfortable retirement in Australia.

That’s a number that can seem unachievable.

Yet many people are eager to retire overseas to a country like Indonesia, where living expenses can be a fraction of what they are at home and enjoy a high quality lifestyle for $300 a week ($15,600 a year), requiring invested savings of as little as $300,000.
Others have spent years travelling the world on a strict travel budget of $100 a day, which puts them in a great position to only require $36,000 a year or $600,000 in invested savings.

Against this, industry analysts estimate that for an individual to be truly financially independent, they need to be earning $500,000 a year from invested funds, in addition to owning their own home, requiring millions in retirement savings. 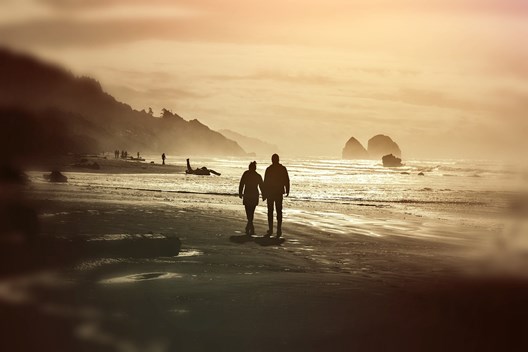 The key, however, to decide whether you can retire early depends on just how determined you are to achieve it. You need to think through your lifestyle requirements and determine if you need a simple caravan and campsite, or whether you require a five-bedroom home in leafy suburbia.

You’ll also need to ensure your retirement savings are invested in quality assets that will continue to generate a strong, consistent level of income, as well as capital growth. Your financial planner can help you with this. A good tip is to keep your options open and your skills up to date, in case you have a change of heart and decide you do want to go back into the office, even if only on a part time basis.
In fact, you might be better off taking what is increasingly referred to as a mature age ‘Gap Year’ and try out what it’s like living overseas or spending all day on the beach before you quit your job.

While being permanently retired and free to live each day as you choose does sound wonderful, remember to still ensure you have purpose in life.