Keeping up with the Joneses: The bad habit that costs you

There’s a quote that says, “Money can’t buy you happiness, but it can buy you a yacht big enough to pull up right alongside it”.
True if you’ve got that sort of money. For the rest of us, our spending is usually clothing, gadgets and cars – the kinds of things that make us happy.

Australian Bureau of Statistics (ABS) data suggests that consumer spending is influenced by job security and economic factors like interest rates and inflation.

Favourable economic conditions certainly lead to consumer confidence and substantially effect how much discretionary income is available.
However, isn’t it also about our emotions? How often do you hear statements like, Be the envy of your friends…Don’t miss out…Today only…?
We live in a world where we’re expected to keep up with the Joneses. Every time we turn on the television or Google something, we’re bombarded by sales and offers.

Then there are social media marketers; given the lucrative advertising deals these Influencers achieve for themselves, plenty of us are making purchasing decisions around the accounts we follow. It probably seems that the modern world is pestering us with advertising; how easy to lose control and find ourselves in debt!

Unlike Yacht-guy from the quote, our finances are generally limited, but there are ways to ensure we stay in control of our finances.

Make a budget and stick to it. Sure, it’s not fun but it’s a time-proven technique for keeping spending under control. Be realistic though, and allow yourself some spending money, just make sure you don’t splurge beyond your affordable amount. The government’s SmartMoney website provides a free calculator to enable you to create your own workable budget.

Use a debit card instead of a credit card. Debit cards can be linked to a bank account or loaded with cash, either way you’re using your own money not the bank’s, meaning you can’t spend what you don’t have – there’s also no interest! Additionally, it’s wise to avoid those Buy-Now-Pay-Later schemes. They’re so easy to arrange you can rack up quite a debt without realising it! 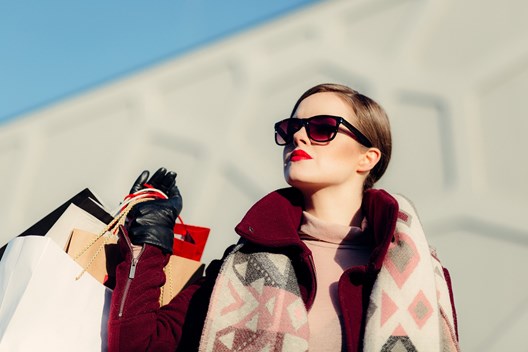 Most utilities and insurance companies allow you to set up regular payment plans so you pay a set amount each period. You’ll always know what you’re up for and it’s paid automatically. Your gas or electricity provider can help get you started.

Ever noticed how after Googling, say, camping equipment, suddenly you’re seeing advertising for tents and camp-stoves? Algorithms embedded in the internet record our searches to help advertisers target us through social media. We get it – it’s tough to avoid social media, but if you’re susceptible to targeted online advertising, you may need to limit your exposure to it – at least for a while.

Avoid the temptation to impulse-buy. Advertising is designed to appeal to our need to fit in, to keep up with our friends, to show off. Things you want to buy, but don’t necessarily need, may simply be status symbols. Before you whip out the plastic, ask yourself if a handbag with an Italian label is really worth months on a repayment plan?
If you think you’re going to struggle with any of our suggestions, visit MoneySmart.gov.au and download their online guide, Managing your money. It’s filled with ideas and advice for getting on track and staying on track.

As for that quote about happiness and huge yachts, those words were courtesy of 80’s rockstar David Lee Roth. Since most of us never scaled those dizzy heights, we’ll just have to take his word for it.